The first Hawaiian Steel Guitar Showcase Open Stage Showcase livestream broadcast was plagued by upload issues. Facebook continually rejected the live video stream upload which resulted in numerous "Live Stream Interrupted" messages. The broadcast was finally discontinued after it was determined that the problem could not be resolved after several attempts by the event's broadcaster.

There were reports of other livestream events experiencing difficulty at the time so it is not known if this was an Internet issue or a Facebook issue.

As with every livestream broadcast, a local copy of the broadcast is simultaneously generated. This local broadcast copy was eventually uploaded to Facebook and is now available in the Videos section of the showcase's Facebook page.

The Open Stage Showcase featured steel guitarists from Hawai‘i, several US states, and several foreign countries including England, Australia, and Japan. The list of presenters included: 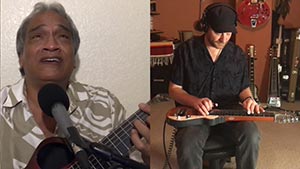 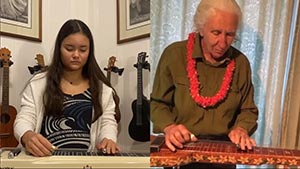 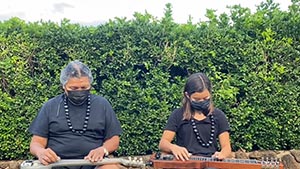 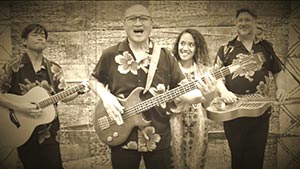 Submitted videos were processed and edited by HIMELE Director Nate Goore who also created the introductory slides and broadcast segments. The segments were then provided to the broadcaster Huana Productions LLC for livestreaming.

Future Open Stage Showcases are planned. If you would like to participate, please see the Showcase website page for participation information and requirements.

Copyright ©2021 by Hawaii Institute for Music Enrichment and Learning Experiences, Inc., and Cyberventures Unlimited.Terms of Use