"Across the Sea" Artists Featured in January Showcase

For this Showcase, Greg invited artists Jeff Peterson and Tsui-Hui Hung to join him in his set. The three musicians collaborated in 2018 to produce "Across the Sea" which won the Na Hoku Hanohano Best Instrumental Album award that year. 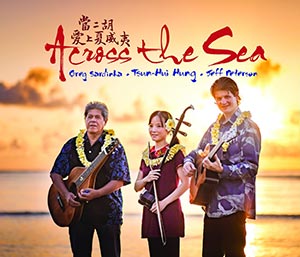 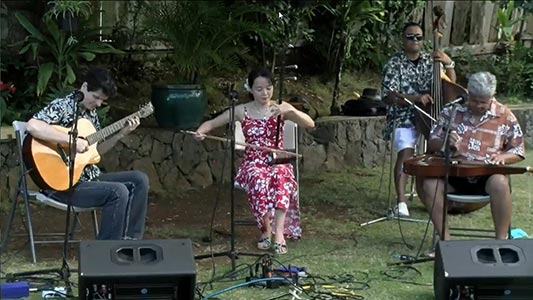 Between sets, Greg interviewed Jeff and Tsui-Hui. All three of them shared their thoughts about the collaboration. Greg also provided information about where the CD was available.

Bobby Ingano invited Alan Akaka to join in for Bobby's entire segment. Viewers saw the two steel guitarists playing off each other kanikapila style and both Bobby and Alan appeared to be enjoying the experience.

January's archived livestream broadcast can be viewed at the Showcase's Facebook Page.

Copyright ©2021 by Hawaii Institute for Music Enrichment and Learning Experiences, Inc., and Cyberventures Unlimited.Terms of Use