Don Touchi Retires from HIMELE Board

Don Touchi is retiring from the HIMELE Board of Directors after almost four years of dedicated service.

Don was elected to the Board in July of 2016 and has served both as a Director and as HIMELE's official event photographer. In addition to serving on HIMELE's board, Don also helped to document Ke Kula Mele Hawai‘i concerts. 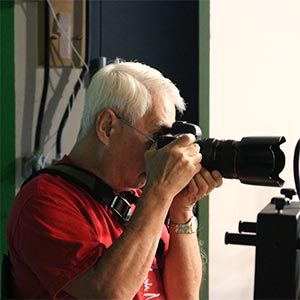 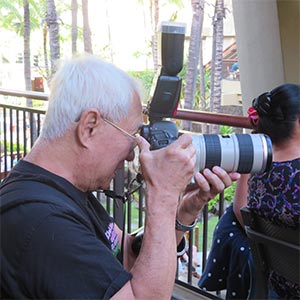 Festival guests may have missed Don at the recent Kaua‘i Steel Guitar Festival. Don was unable to make the festival due to medical issues relating to arthritis and feels that his photographic contributions may be compromised due to the ongoing condition.

"There's a time in one's life when they must realize that they can no longer perform at the level that is required to advance the cause," says Don. 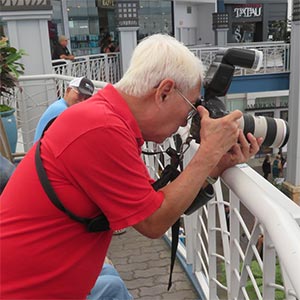 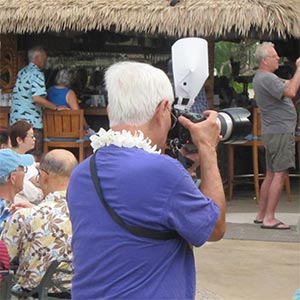 He continues, "The past four years have been an experience I will always treasure. It brought me back to my roots in the Hawaiian culture that I was born and raised." Don is also an accomplished singer and keyboardist and volunteers his music at nursing homes in Honolulu. In addition, Don plays an assortment of instruments including the bassoon, saxophone, and guitar, and recently added the bass guitar to his interests.

"He offered perspectives and insights on important decisions the Board was tasked to undertake," says HIMELE Chairman Alan Akaka. "But, he was also able to keep the meeting from getting too solemn with his light-hearted humor." 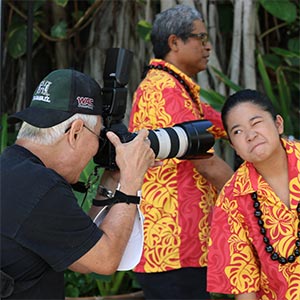 Alexis Tolentino faces off against Don

Don's Upset That He Missed the Shot

Alan continues, "As a highly skilled photographer he captured memorable scenes from our many events, posting them on social media to help promote the Hawaiian steel guitar and provide documentation on what HIMELE does." Alan goes on to say this of Don: "You will always be a part of the HIMELE ‘ohana."

You can hear Alan's complete message to Don here.

Copyright ©2020 by Hawaii Institute for Music Enrichment and Learning Experiences, Inc., and Cyberventures Unlimited.Terms of Use