Eddie was a self-taught steel guitarist. He found his first steel guitar in a public trash bin late in life. He cleaned it off and added strings to it. For about a year of extensive practicing day and night, Eddie taught himself to play the steel guitar. He joined the Musicians Union and became a professional steel guitar player the following year. 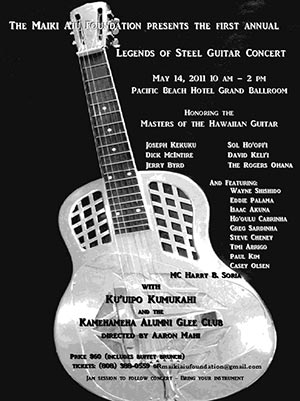 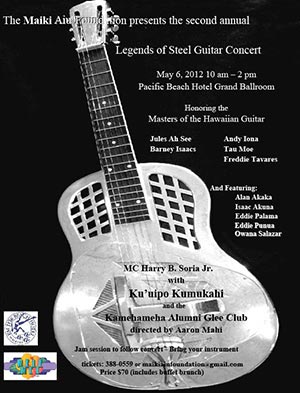 Eddie appeared in the 2011 and 2012 Legends of Steel Concerts in Waikiki that honored steel guitar legends of the past. These concerts were produced by the former Maiki Ai'u Foundation and featured many contemporary Hawaiian steel guitarists playing selections of the masters. 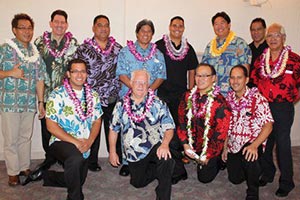 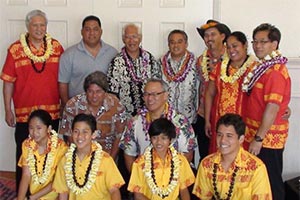 Many of Eddie's musician friends weighed in on Facebook.

Dwight Kanae reminisces, "A Kane'ohe resident for many years. Me, Eddie and Peter Moon recorded a couple CD's together. Songs like 'Palama Shuffle' that Eddie wrote, 'Sands','My Sweet Sweetie', 'Sanoe', 'Pua Lililehua', 'Koali' are just a few tunes I loved that Eddie played on steel, but my favorite was a duet that we recorded for Peter Moon on the 'Ho'i Hou' CD called: 'SLEEPWALK'."

Slack key and steel guitarist Elmer &quotSonny" Lim said, "I met him at the first concert I played with the Makaha Sons of Ni'ihau for the Waihole/Waikane Concert in '76! He was with the Sandwich Isle Band!"

Kumu Hula Lee Puake'ala Malakaua Mann said of Eddie, &quotHe was our steel guitarist at the Moana Surfrider for many years, and was really the best one…he'd even sing, too. He was always a gentleman. He'd come with his shirts neatly starched and ironed, with a crease at the top collar button (by his wife he'd say). And he reminded me to wait a few seconds whenever the traffic light turned green because someone would always want to run the red. Many long talks with his gentle voice. How I'll miss him. Ke aloha no, Uncle Eddie."

Services will be held at Hawaiian Memorial Park Mortuary in Kane'ohe on Friday, July 27, 2018 with visitation at 5 pm and service at 5:30 pm.